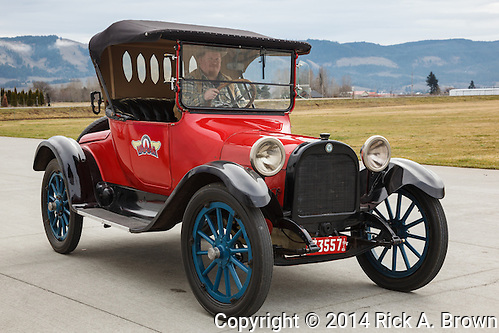 In the earlier years of the American automobile industry, there were more manufacturers than there are today. The reduction of the number is due to both bankruptcies and mergers.

One example of mergers is the brands that make up Chrysler. Chrysler was founded by Walter Chrysler. Over time the company formed brands to operate under the Chrysler umbrella, this included Plymouth. Then Chrysler purchased the independent Dodge Brothers company.

So if you look at antique cars in a museum, expect to hear both brands that you’ve never heard of and ones that sound familiar, but something is a bit different, such as Dodge Brothers.

Here I photographed a 1916 Dodge Brothers Roadster and a 1939 Plymouth Coupe at Western Antique Aeroplane and Automobile Museum. 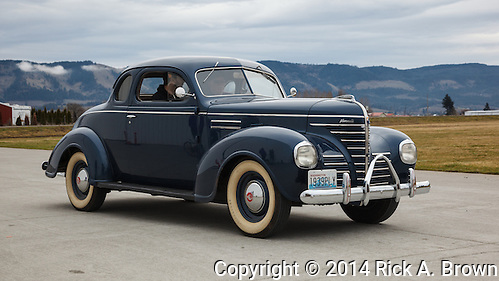 Click here to see the rest of my March 2014, Second Saturday photos.